I think it’s safe to say that nearly every mom loves those quiet, peaceful moments in the night’s wee hours when the whole world seems to stop and the only thing that matters is the gentle bonding between you and your baby as you feed them into their next bout of slumber.

Feed to sleep, wake to feed

In the early months with a new baby, these moments are frequent and may even just blend together into one big sleep-wake-feed-wake-sleep-feed-sleep blur. A newborn baby can only hold about 2 ounces of milk in their stomach at a time, which equates to regular night wakings (every 2 to 3 hours) to refuel.

But by about 3 to 4 months of age, a baby is capable of going slightly longer durations between feeds. This will vary between babies, but the best indicator for how long your baby can go at night is how long he goes during the day. If you are spacing feeds by about 4 hours during the day, then you can aim to do the same at night.

(NOTE: during growth spurts – around 3 weeks, 3 months, 6 months, 9 months, and 12 months – you may find the duration between feeds reduces significantly).

In fact, one of the best ways to disentangle the feed-sleep association, is to keep consistent spacing between feeds day and night. This means, if your daytime feeds are occurring every 4 hours, but your baby is waking every 2 hours at night, continue to offer feeds at the 4 hour intervals and try other soothing techniques for the wakings in between.

How many night feeds does baby need?

Usually, by about 6 to 8 months of age, a baby will only need to feed 1 to 2 times per night. This drops again to just 1 feed per night by 9 to 12 months. And night feeds may drop altogether by 12+ months.

Now these are just general guidelines. Night feeds are not just about sustenance, but may provide additional comfort and calories just as the daytime world has become increasingly stimulating.

If you enjoy your night feeds, there is absolutely no reason to drop them according to some artificial timeline.

I’m actually a BIG fan of keeping an early morning feed (around 5am) to promote extended breastfeeding and to encourage a later morning wake up. Use your intuition and continue to offer night feeds as you see fit.

However, when you ARE ready to start reducing night feeds and it just doesn’t seem to be coming naturally for your baby – i.e., your baby continues to wake expecting the feed and you’re not sure how to respond – here are some gentle tactics that you can exercise.

Something to keep in mind is that night wakings often become habitual for babies – a sure sign of waking out of habit is if it happens at the same time every night. This does not mean that your baby does not feel hunger at these habitual wakings – quite the contrary. If you introduced a midnight snack for yourself every night for a few weeks, your body would actually start waking up for that snack with pangs of hunger (despite the fact that you don’t actually need the calories). So you are right to want to respond to your baby by offering what he wants.

Right, back to the tactics:

This is my personal preferred approach. Here’s how it works. Say your baby is exhibiting 3 night feeds – at 11pm, at 2am, and at 5am – and you would like to get down to 2. The logical feed to target would be the middle one, as you would then be encouraging a nice stretch of consolidated, quality sleep in between the late night and early morning feeds.

So when your baby wakes at 11pm, you give the feed and put her back down. When she wakes at 2am, however, you either wait or soothe her in other ways until 2:15am and then offer the feed. Do this for a few nights, then switch to 2:30am, and so on. The idea is that you slowly start reducing the time between the 2am and 5am feeds until they simply blend together.

This may sound like it would take an awful long time to bridge that 3 hour gap. But by simply pushing back the feed gradually, it is often enough to break the habitual wake up and drop the middle feed within the span of only a week or so.

The approach would be similar for night weaning completely – i.e., dropping the last feed – you would just push the one remaining feed closer to your baby’s typical morning wake up time and soothe in other ways (not going to lie, I have climbed into my baby’s crib on several occasions just to extend the night to a reasonable wake up hour).

The second approach you may try involves simply giving smaller quantity feeds (if bottle fed) or shorter duration feeds (if breast fed) gradually until the waking ceases. So, if like in the last example, you are trying to eliminate the 2am feed, you would time your feed to 20 minutes on the first 2 to 3 nights, shorten it to 15 minutes on the next 2 to 3 nights, and then 10 minutes and so on. In this tactic you are attempting to diminish the feeling of hunger by offering smaller quantities each night.

Regardless of which approach resonates with you, the best path to success will be ensuring that your baby gets nice long, full feeds at her regular feeding intervals. Babies can become more distracted during the day as they begin to pay attention more to the world around them, which can interfere with feeding time. A distracted daytime baby may wait until the night to get her calories.

Alternatively, if your baby is accustomed to feeding to sleep, they may fall asleep before they are filled up, which of course just means their tank will empty more quickly. Try to get those full feeds when it counts by moving to a quiet, less distracting space for daytime feeds, and gently coaxing your baby to stay awake during evening and night feeds. This will help you feel more confident that your baby is getting the calories they need, allowing you to focus on gently managing their sleep behaviours. 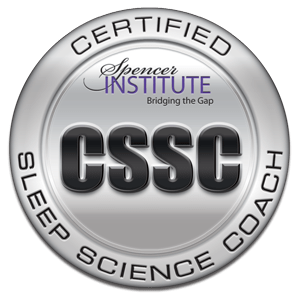